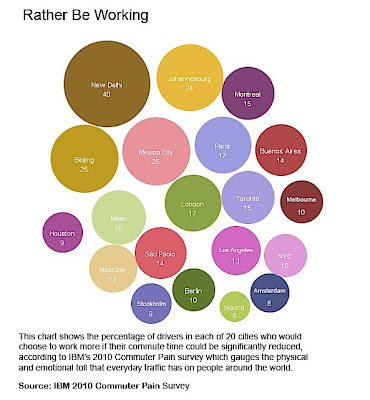 "The daily commute in some of the world's most economically important international cities is longer and more grueling than before imagined, reflecting the failure of transportation infrastructure to keep pace with economic activity, according to IBM's first global Commuter Pain study released today. (...)

The middle class in China is growing rapidly, with the number of new cars registered in Beijing in the first four months of 2010 rising 23.8% to 248,000, according to the Beijing municipal taxation office. Beijing's total investments in its subway system are projected to be more than 331.2 billion yuan by 2015 as the city expands the system to more than double its current size, according to Beijing Infrastructure Investment Co., Ltd. The city plans to invest 80 billion yuan in 2010 in building its transportation infrastructure.

The study did offer a number of bright spots. Forty eight percent of drivers surveyed in Beijing reported that traffic has improved in the past three years – the high for the survey – reflecting substantial initiatives to improve the transportation network in that city. 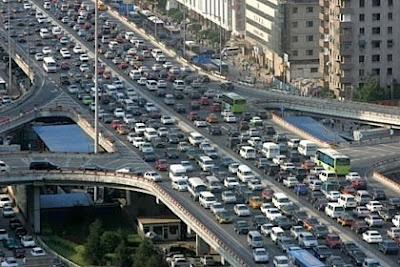 In addition, the commute for drivers in Stockholm, Sweden seems to be, if not pleasant, then largely pain-free. Only 14% of Stockholm drivers surveyed said that roadway traffic negatively affected work or school performance.

Overall, though, the study paints a picture of metropolitan-area commuters in many cities struggling to get to and from work each day. For example, 57% of all respondents say that roadway traffic has negatively affected their health, but that percentage is 96% in New Delhi and 95% in Beijing.

Similarly, 29% overall say that roadway traffic has negatively affected work or school performance, but that percentage rises to 84% in Beijing, 62% in New Delhi, and 56% in Mexico City.

Moscow was notable for the duration of its traffic jams." 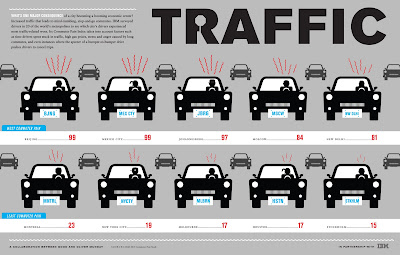 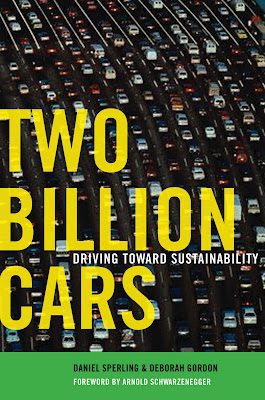 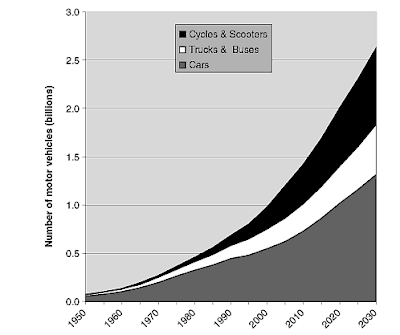